Under the tutelage of faculty experts from the College of Business Administration (CBA), women entrepreneurs at Barangay Centro, Agdao, Davao City, crafted simple business plans for their home-based businesses.

The CBA has adopted Barangay Centro for its extension program, Alalay sa Barangay Program (ABP), which was launched in 2017 and was terminated in May 2019. Women partner-participants were taught to prepare simple dishes and Filipino delicacies for them to start or grow their home-based businesses. They were also given training on financial literacy to capacitate them to manage their finances properly. Moreover, the women were provided leadership training to build their confidence and communication skills for them to become better entrepreneurs.

Capping the training program was the preparation of a simple business plan. Five (5) plans were completed: two (2) group and three (3) individual business ventures. One women’s group will engage in Chorizo business while the other group has already started its turmeric tea, carrot tea, and atchara business. The three (3) individual business plans are for sari-sari store. One plans to grow her current store, the other one considers expansion by branching out, and the third one hopes to open her sari-sari store.

The secretary of one women’s group confirmed that she learned a lot from the training especially on how to prepare a business plan and the importance of following the right process in planning and implementing a business plan.

The partner-participant who hopes to open a second sari-sari store acknowledged that the training is a great help in running her business. She shared her realization of how important a business plan is. With her learnings, she can correct her business management practices, primarily in the aspect of financial recording.

During the closing program on June 7, 2019, Dr. Edeliza S. Gonzales, Dean of CBA, inspired the women partner-participants by encouraging them to apply their learnings. She also told the women entrepreneurs that they are now friends of the ABP team and invited them to visit USeP. She likewise mentioned that the ABP team would schedule visits to the barangay to monitor the business plan implementation.

In his message, Punong Barangay Rene I. Estorpe thanked the College faculty for their commitment to training their women. He expressed his hope that USeP-CBA can still extend help in the future. Addressing the women entrepreneurs, he expressed his belief that education is continuing. He added that it is good if they have a ‘concrete’ education. He acknowledged that the USeP-CBA team cultivated and motivated the barangay women to pursue their planned business ventures. (RCDBadoy, College Extension Head, USeP-CBA) 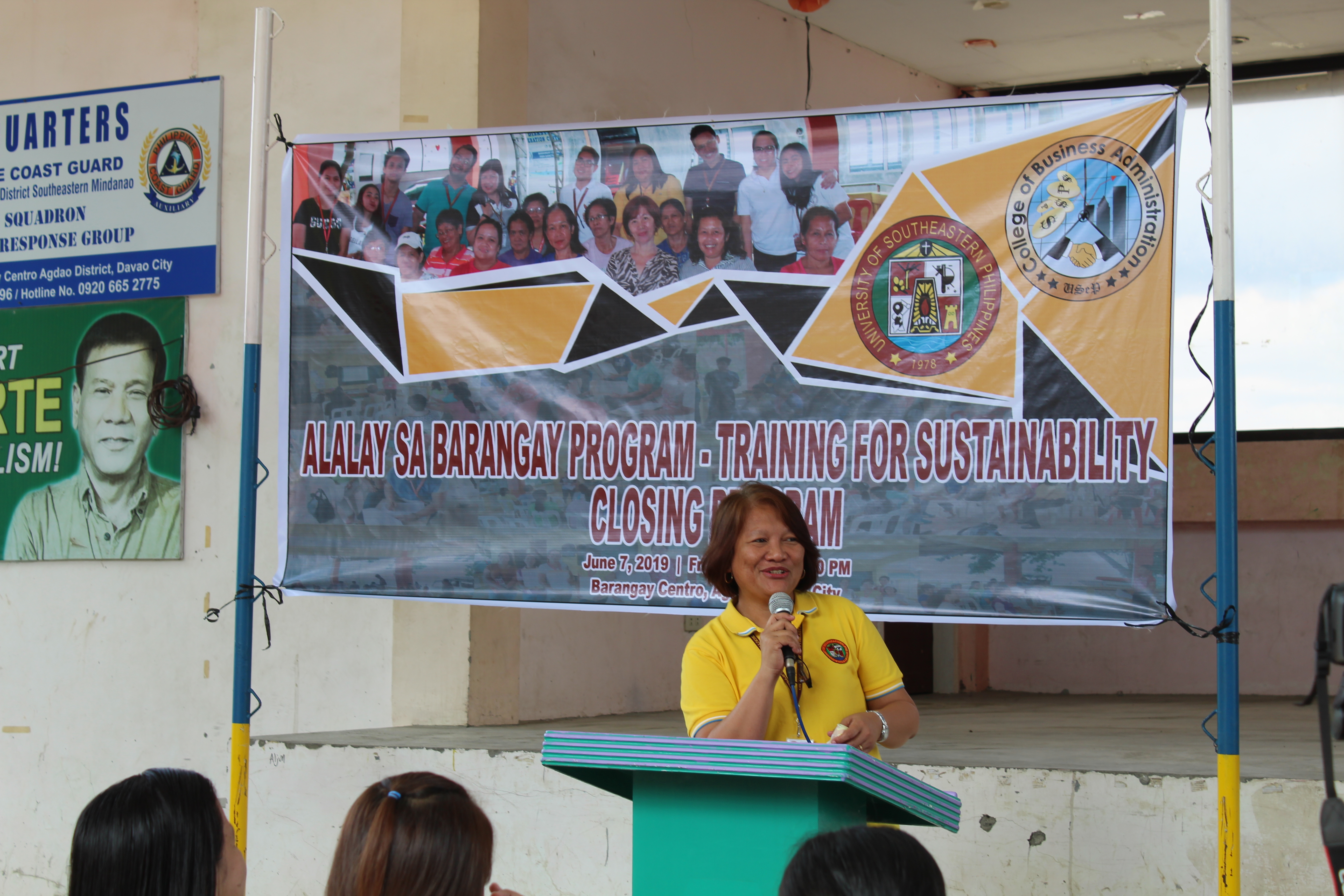 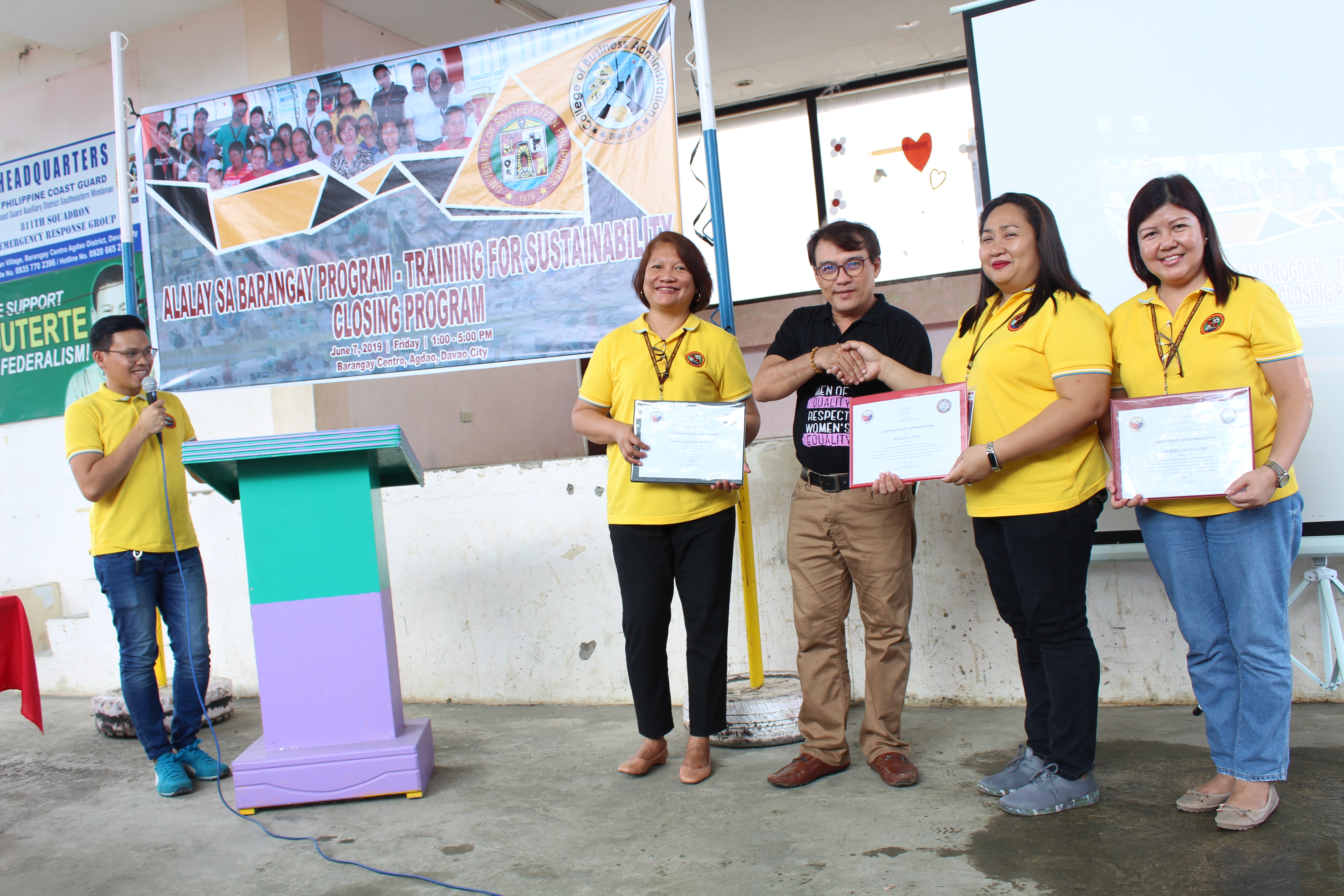 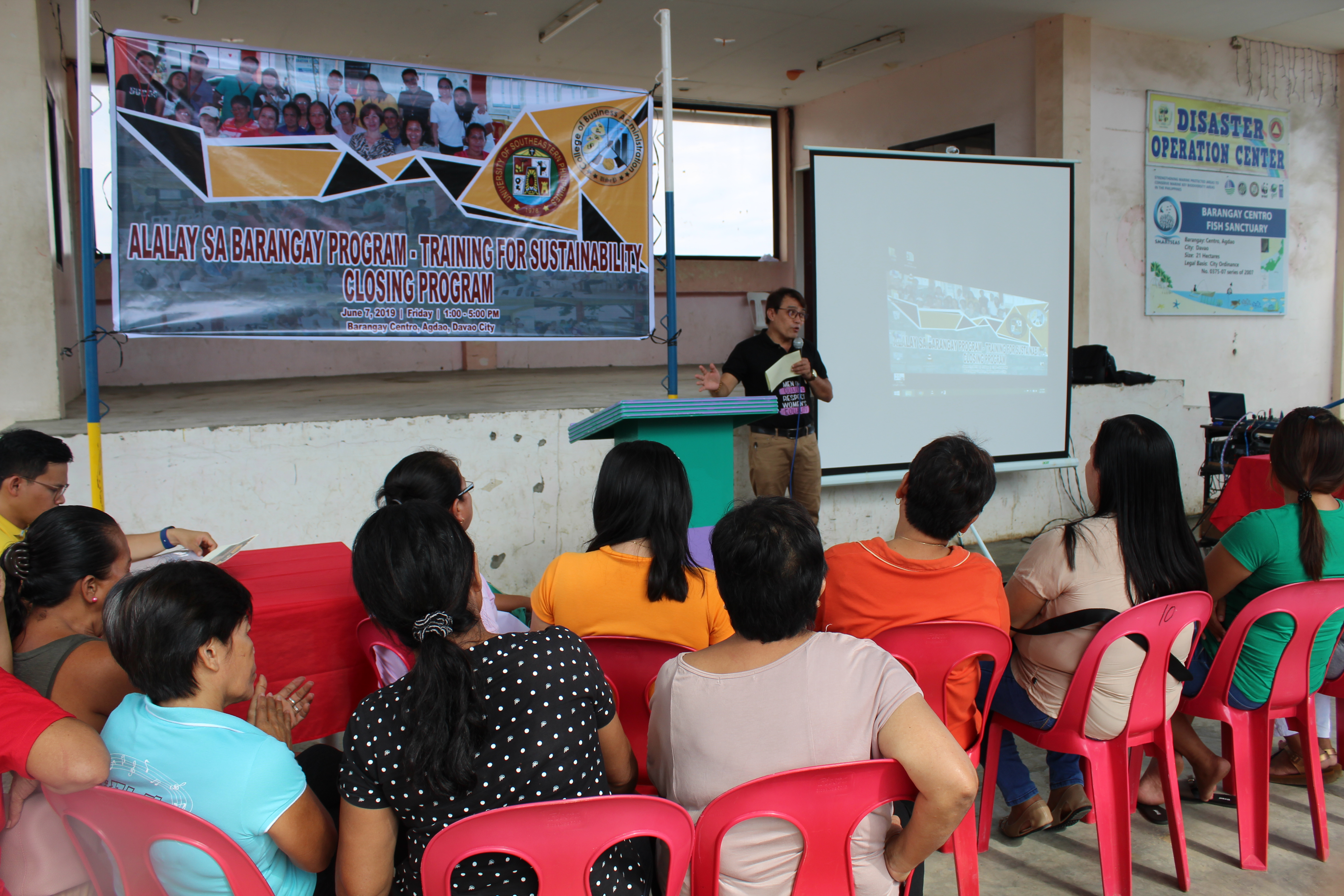