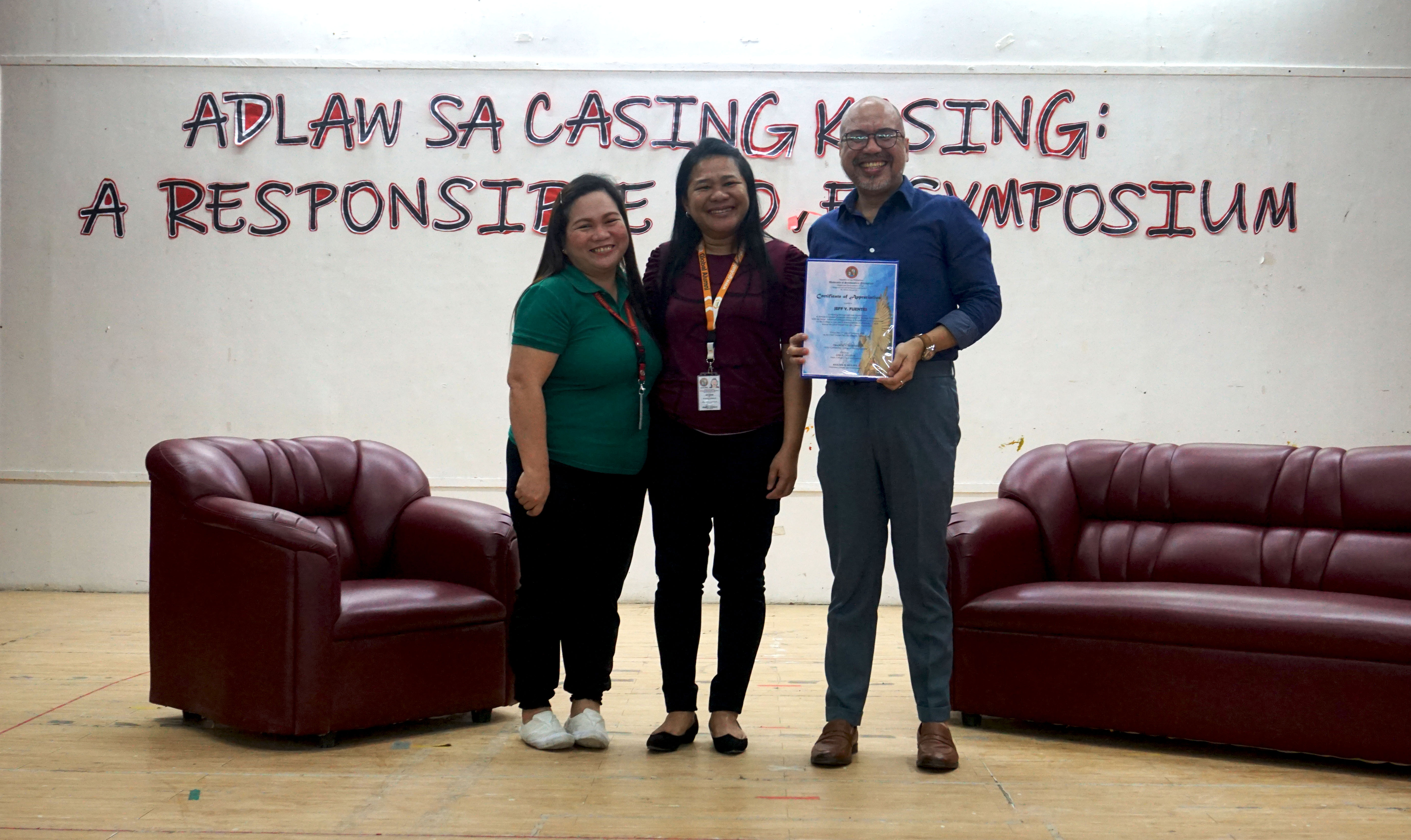 With the rising number of teenage pregnancy in the country, USeP’s Gender and Development (GAD) Office in collaboration with the College of Arts and Sciences (CAS) held a symposium on teenage pregnancy bearing the theme “Adlaw sa CASing-Kasing: A Responsible Love Symposium” on February 17, 2020 at the USeP Social Hall.

Mr. Jeff Ysulat Fuentes of the City Health Office Population Division emphasized how the number of teenage pregnancies has grown over the past years. He mentioned that out of 100, over 30 adolescents engage in pre-marital sex and from teenagers ranging from 10-14 years old; there has been a 63% increase in birth rate.

With these alarming figures, Ms. Herminigilda D. Escalante, Chapter Manager of the Family Planning Organization of the Philippines (FPOP), noted that the role of the organization is to enable people to make active personal decisions in terms of sexual and reproductive health targeting young adolescents of this generation. Ms. Escalante also centered on the importance of understanding teenagers in this generation given that adolescents today are growing up in a very different environment.

Ms. Axel May Clapano of DAWOW Moms, an inclusive community of parents that support natural parenting, shared her personal experiences on adolescent pregnancy recounting the difficulties she experienced when she got pregnant at the age of 18. Ms. Clapano shared the responsibilities that came with having a child at an early age. “Empower yourselves with the knowledge that you have,” she said as she encouraged the participants to think rationally and be less emotionally driven when engaging into romantic relationships.

After the series of discussions, an open forum followed where the participants were given the chance to ask questions regarding different issues on teenage pregnancy. One of the questions raised was regarding the inclusion of sex education in the basic education curriculum to which Mr. Fuentes answered that there have been several proposals on this matter already. The matter is within the hands of the Department of Education (DepEd). In the meantime, Mr. Fuentes assures participants that the government maintains its focus on programs for prevention of early and unplanned pregnancy among teenagers. (KMDavid)