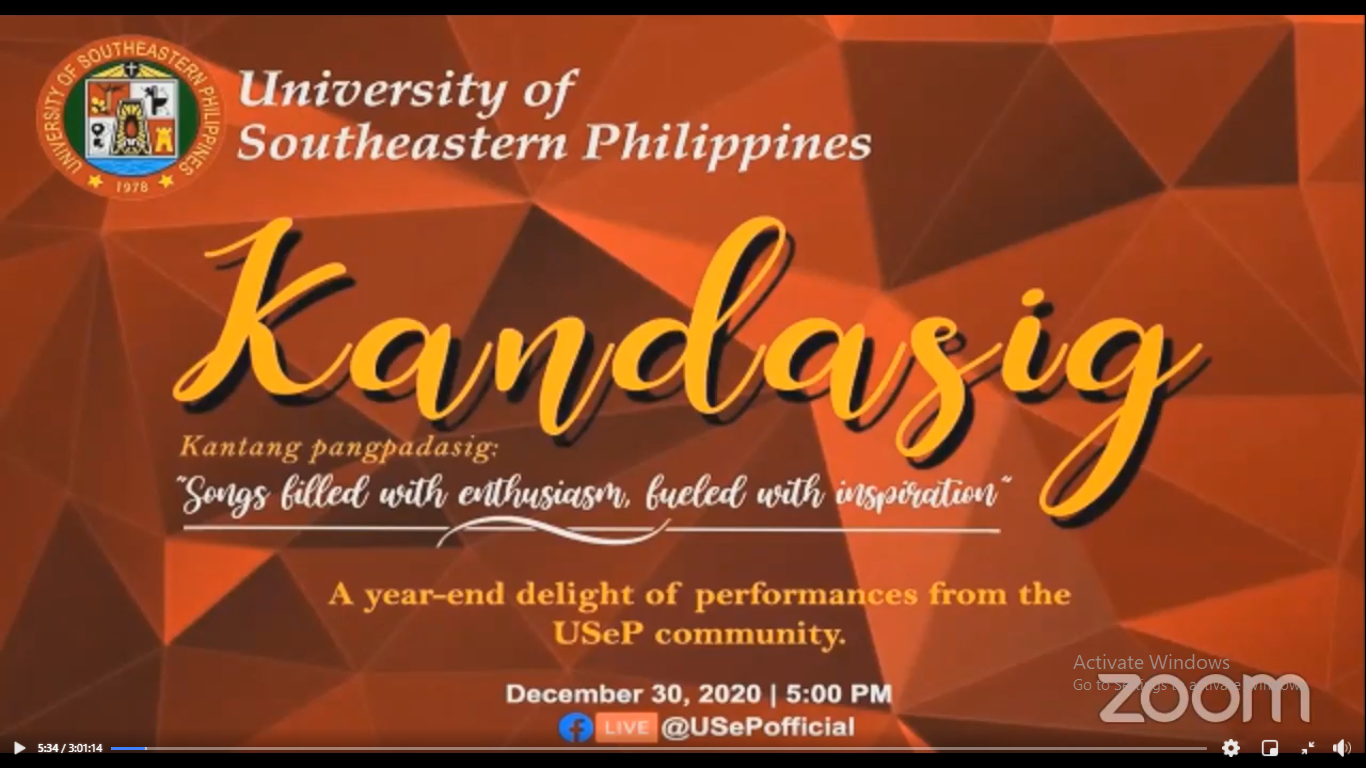 The purpose of the activity was to celebrate hope and victory as well as to share the spirit of oneness amidst the current pandemic. Performances from the USeP community in the Philippines and abroad were witnessed during the said activity.

Dr. Lourdes C. Generalao, University President, opened the event expressing her gratitude to the whole USeP community for the continued support and unwavering commitment shown despite the current health crisis. Dr. Generalao also reminded everyone to always be grateful for all the blessings from the Almighty during these trying times.

The year-end activity ended with the song USePiano Tayo interpreted and presented by the USeP officials.