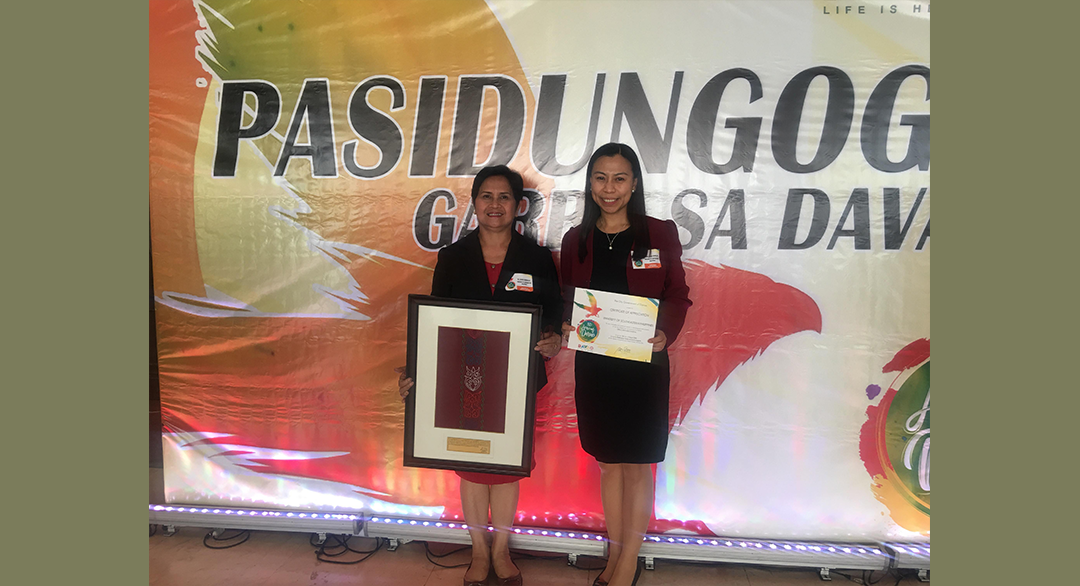 The City Government of Davao recognized the University of Southeastern Philippines (USeP) for its Drug Rehabilitation program during the Pasidungog: Garbo sa Davao event on March 12, 2018 at the Davao Convention and Trade Center in Davao City.

USeP, through the Extension Division, has initiated a University-led Project called the Sagop Kinabuhi Program 2 (SKP2) in response to the mass surrender of drug users and pushers of the Oplan Tokhang campaign. SKP2 is designed to contribute to the multi-sectoral efforts at reconciling and reunifying the Voluntary Submission for Reformation Persons (VSRs) with their respective families and communities.

As a community-based rehabilitation program, SKP2 has provided its beneficiaries with psychosocial seminars and trainings, spiritual coaching, and skills training. This initiative helps former drug users regain self-confidence as they prepare to be reintegrated into society.

As of this date, the SKP2 beneficiaries have completed their Skills Training, which will be concluded in the moving-up ceremony. The SKP2 Program management is also looking forward to expand and help more reformists in Davao City. (USeP PR) 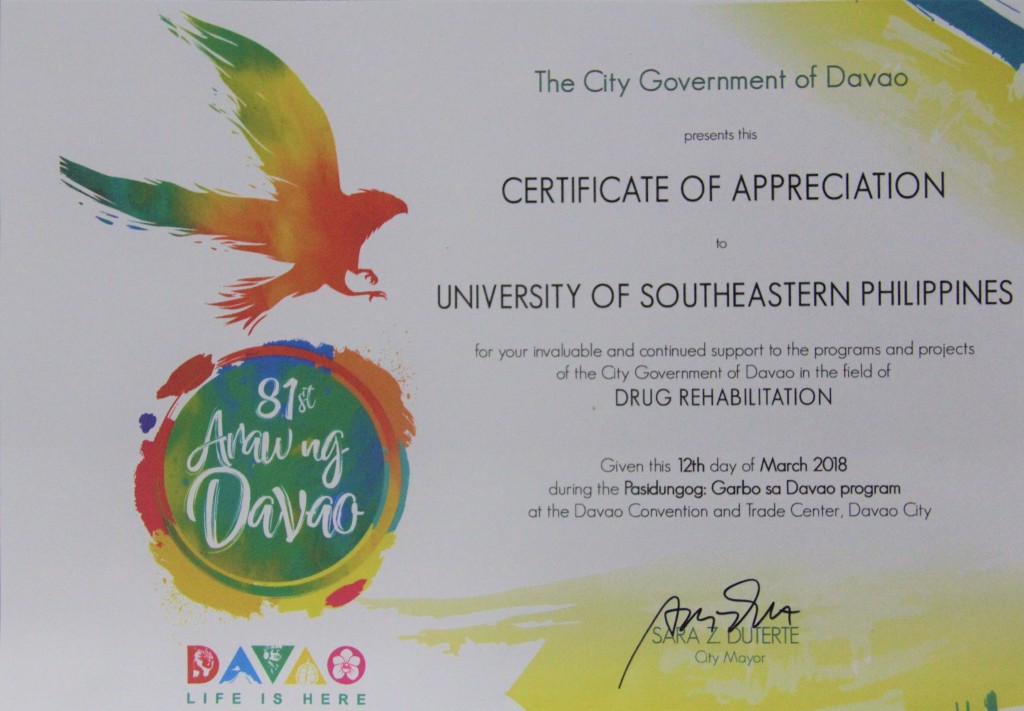