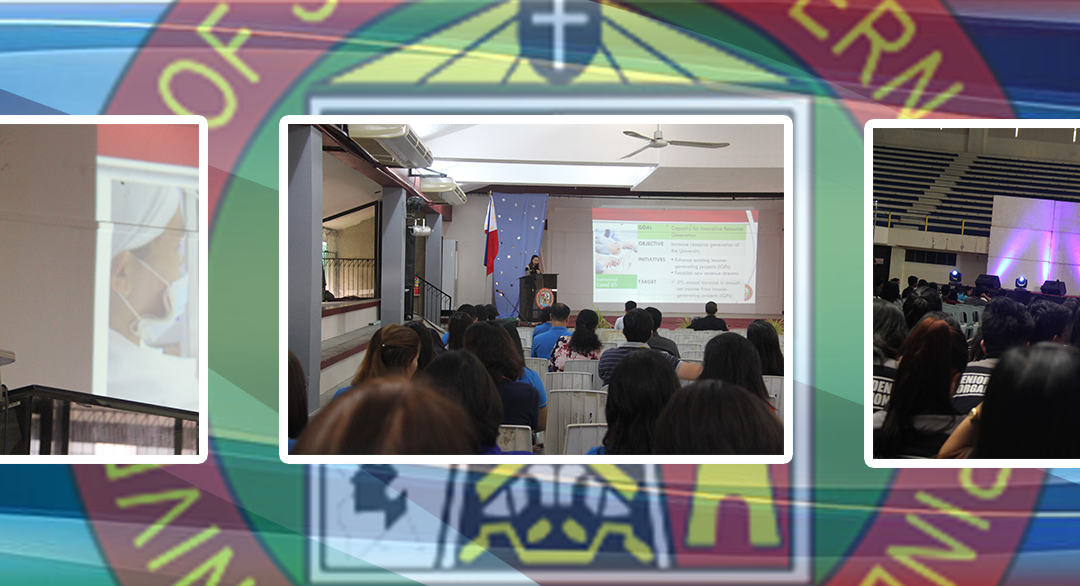 In its quest to become a premier research University in the ASEAN, the University of Southeastern Philippines (USeP) commits to improve its management system. By aligning its processes to international standards, the University fulfills its mission, which is to provide its stakeholders with quality yet affordable education.

Inspired by its ISO 9001:2008 certification, USeP targets to achieve another milestone this year: the ISO 9001:2015 certification. To encourage the full participation of all students, faculty members, and staff, by way of keeping them informed, the University conducted a series of orientation-seminars on the Catch-up Plan 2018-2021 and the ISO 9001:2015.

The USeP Catch-up Plan specifies the institutional objectives, strategies, initiatives and targets of the University in the next four (4) years, as well as the Plan implementation, monitoring and evaluation cycle.

President Lourdes C. Generalao believes that the realization of the grand vision of the University entails significant changes that will only happen when the critical mass understands the change process. The President encourages the members of the USeP community to co-own the four-year plan by committing to change.

The series of orientation-seminars, from April 11-13, in various campuses of USeP, was prepared by the management to enlighten the faculty/staff and the students—the primary stakeholders of the University—on the institutional goals of USeP. These goals, patterned after ASEAN standards and principles, are also centered in the Key Functions of the University, namely, Governance, Instruction, Research, Extension, and Production.

Currently, the members of the Internal Quality Audit of the University are doing the rounds in various campuses to ascertain that USeP will be compliant with ISO 9001:2015.

A seminar-orientation on Documentation Process and Risk Management was also conducted last year to spur awareness on the differences between the 2008 and 2015 versions of ISO.