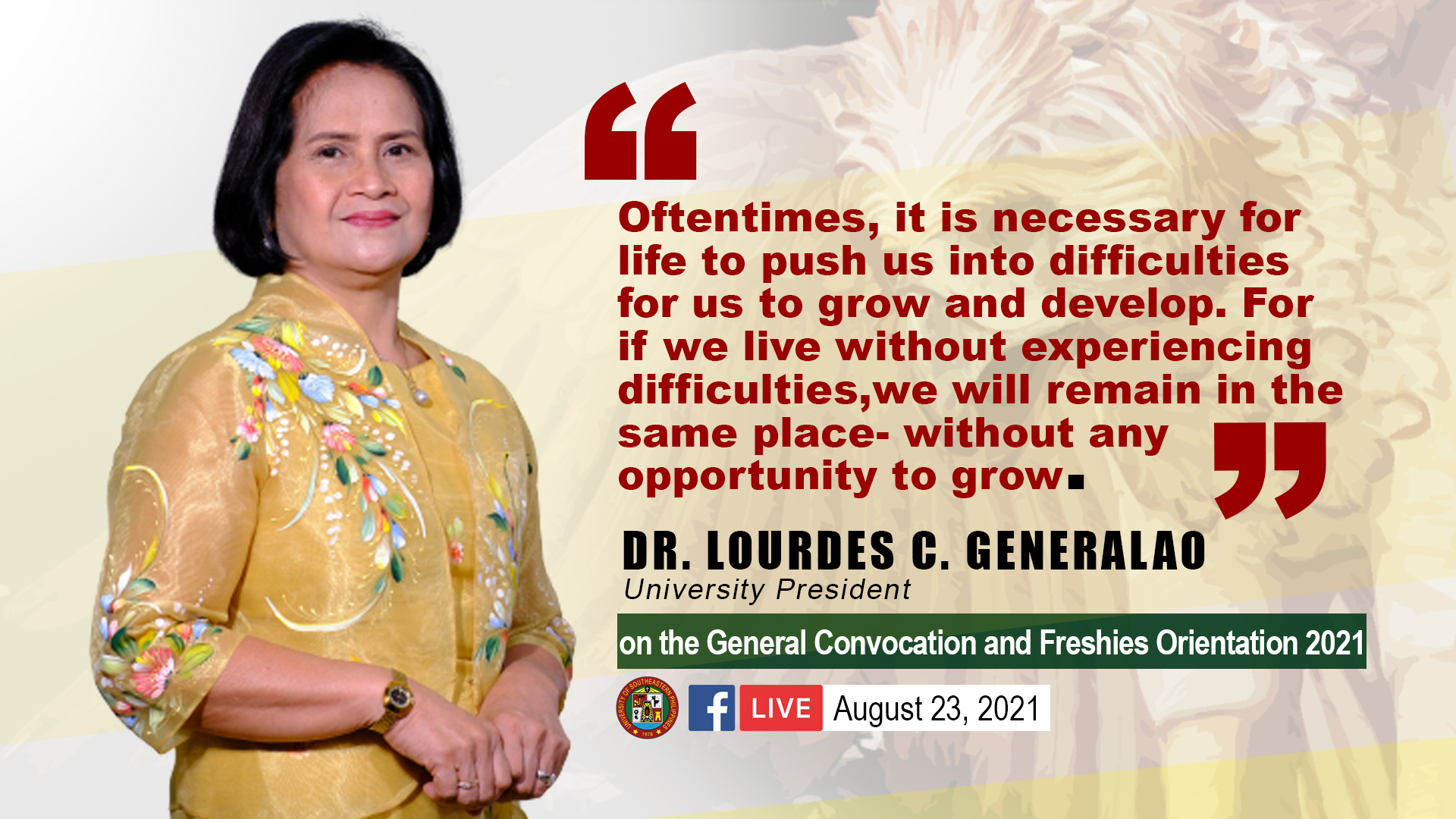 Agilas, young and experienced, flocked virtually to witness the opening of their nest at the University of Southeastern Philippines (USeP) during the General Convocation and Freshies Orientation on August 23, 2021, streamed live via the University Official Facebook page.

Organized by the Office of Student Affairs, in collaboration with the Public Affairs Division (PAD), the said activity aims to officially welcome the first-year and continuing students as well as the transferees to the University and to orient them with the services, both academic and non-academic, to be delivered by the offices, divisions, or units of the University. This activity also introduced the students to the key personnel of the University.

Dr. Lourdes C. Generalao, University President, in her message thanked the incoming first-year students for choosing the University to help mold them into becoming the best version of themselves in the field of study they have chosen.

Dr. Generalao also stressed that the ‘freshies’ for the academic year 2021-2022 had undergone a stricter admission process than usual due to the absence of the USeP Admission Test (USePAT), and the successful are the best of the best who met the standards and qualifications of the University.

“I hope you will realize the value of being united. Yes, competition is inevitable since you are brilliant students who want to show the world what you are capable of. But I want you to remember that this journey is more than just reaching the top-it is also about making memories that will hold significant effect to your characters,” said Dr. Generalao on the importance of character alongside intelligence in making the college journey remarkable and memorable personal experience.

The convocation also featured some USePyano talents such as the intermission of Allaine Joy Atabelo, an alumna who won first (1st) place in the song solo competition as part of the University’s celebration of the National Women’s Month led by the Gender and Development Office, with her song cover of the “Ako naman muna” and JL Spike Divinagracia Cuestas, a winner of the USeP National Arts Month Indigay sa Musica, with her co-written song “Kawala”.

The University, in the words of Dr. Generalao, assured that the students will be truthfully provided with quality education and their stay in the University will be fun and exciting.