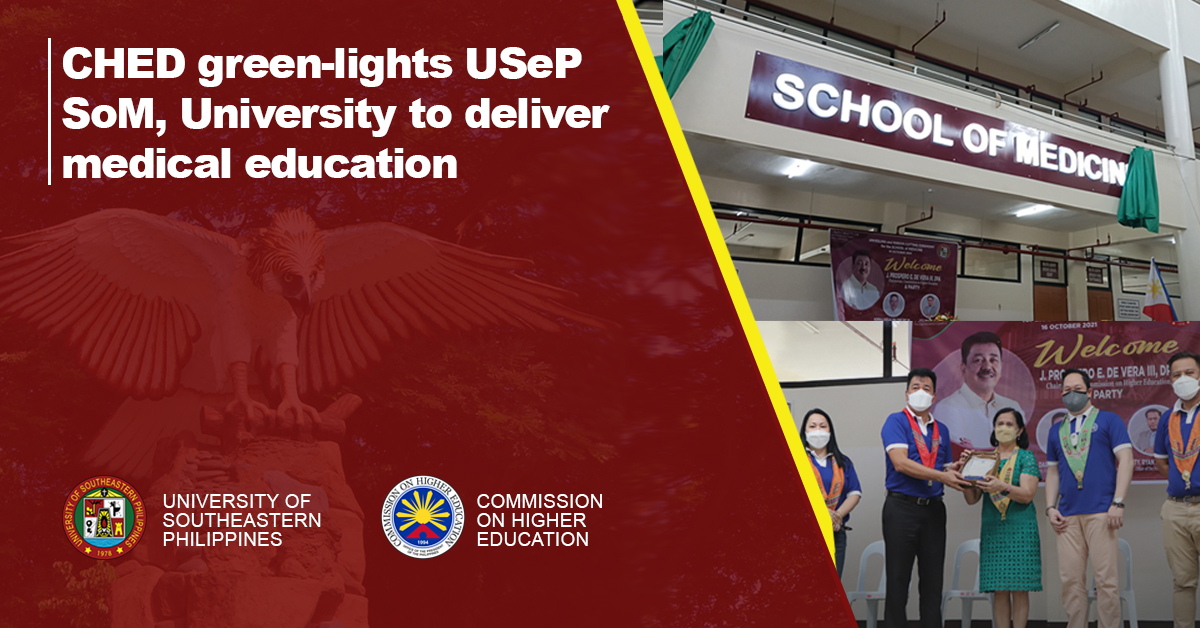 The long wait is over.

USeP Tagum-Mabini Campus- The University of Southeastern Philippines (USeP) conducted the Unveiling and Ribbon Cutting of the School of Medicine (SoM) on October 16, 2021.

The University has recently obtained the government permit to operate the Doctor of Medicine (M.D.) program under SoM after the Commission of Higher Education (CHED) Technical Committee’s go signal last August 31, 2021.

USeP is the third state university that has been authorized to offer medical program after Western Mindanao State University (WMSU) and Cebu Normal University (CNU) in CHED’s effort to support the ‘Doktor Para sa Bayan’ Act or R.A. 11509.

“Four years from now, I expect you to have the 100 percent passing rate in the licensure test,” he remarked.

He also lauded the performance of State Universities and Colleges (SUCs) in the field of medicine.

Dr. De Vera also announced that the Commission has already approved initial funding of 25 million pesos to USeP and another 25 million coming from Institutional Grant (IG) of CHED.