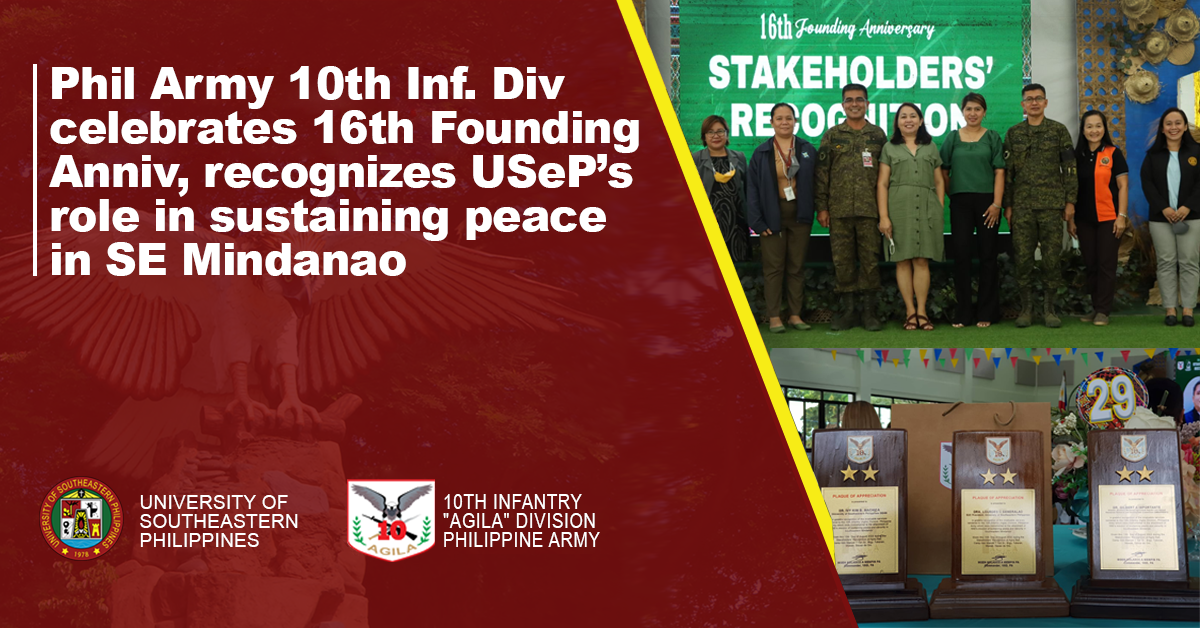 Lined-up events for the anniversary included the Stakeholders’ Recognition on August 13, 2022, of which selected and distinguished 94 organizations, institutions, and individuals were awarded and recognized for their active contribution to the accomplishment of the Division’s campaign and mission of sustaining peace and security in the Southeastern Mindanao.

The aforementioned awardees were recognized for spearheading development and economic programs, activities, and projects in Southeastern Mindanao such as the Hi-Tek na si IP: ICT Training series to IP Youth in Talaingod, Davao del Norte of USeP-CIC.

MGen Mempin also said that the AGILA Division can be considered as ‘blessed’ because of the Division’s rich partnership  with the various stakeholders even before the institutionalization of the National Task Force in Ending Local Communist Armed Conflict (NTF-ELCAC).