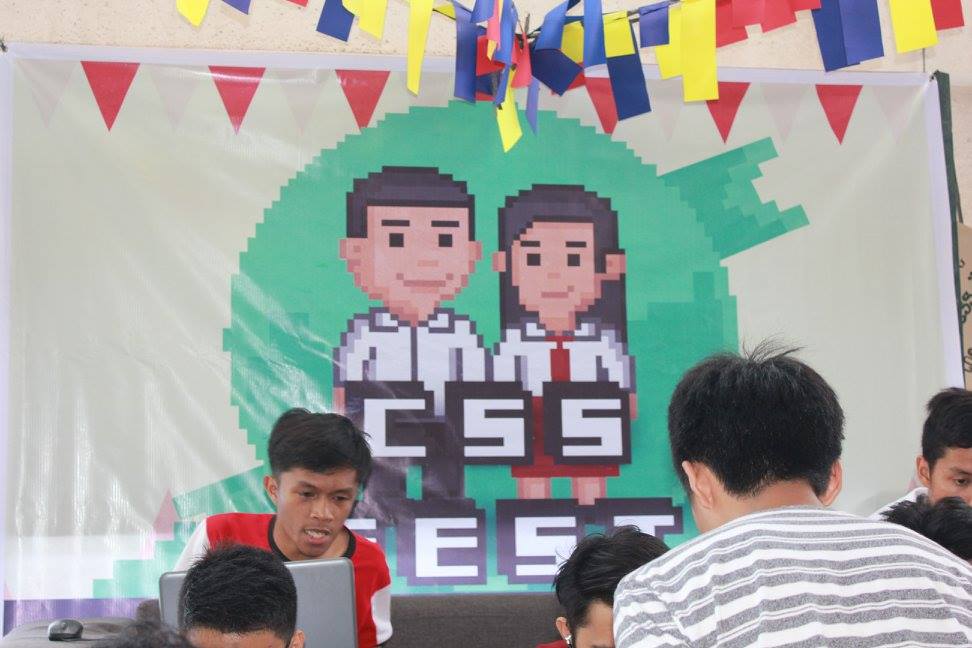 The Computer Science Society (CSS), one of the academic organizationsin theInstitute of Computing (IC), successfully conducted its annual festivalon April 23, 2019 at the University’s CED-AVR.

With the guidance of CSS adviser Engr. Jamal Kay Rogers and the leadership of CSS president John Danielle Umbay, the one day event provided an avenue for Bachelor of Science in Computer Science students to unwind, socialize and share insights.
Alumni guest speakers were invited to give inspirational and educational talks for the CSS members. The guest speakers were Iana Kristine Yu, Cyril Yaranon and Daniella Javilles who shared their knowledgeand individual experiences of how they remain courageous and determined to survivethe Computer Science program. An open forum was also conducted for exchangingscholastic insightsand providing motivational statementsto the members of the CSS organization especially the freshmen.
The Computer Science students were divided into four teams: Python, Java, C++ and PHP to compete in two of the most popular online games today: Mobile Legends and Counter Strike. The gameswere held in the afternoon session. The competition ended with Team Python for Mobile Legends and Team Java for Counter Strike emerging victors. The winning teams were awarded with special prizes and certificates at the end of the event.

In an interview,Mr. Umbay, CSS President, said that the objective of the event was to promote camaraderie and establish an environment of students that excel in both aspects of academic and social communication. Heemphasized that through the event, CSS members may improve their performance and gain further insights from the insightful discussions.

The CSS President humbly acknowledged the collective effort of the assigned committees, respective officers and all the participating students.

“I considered the event as success because we achieved our goal which is to let everyone enjoy while they also learn.” Mr. Umbay said.