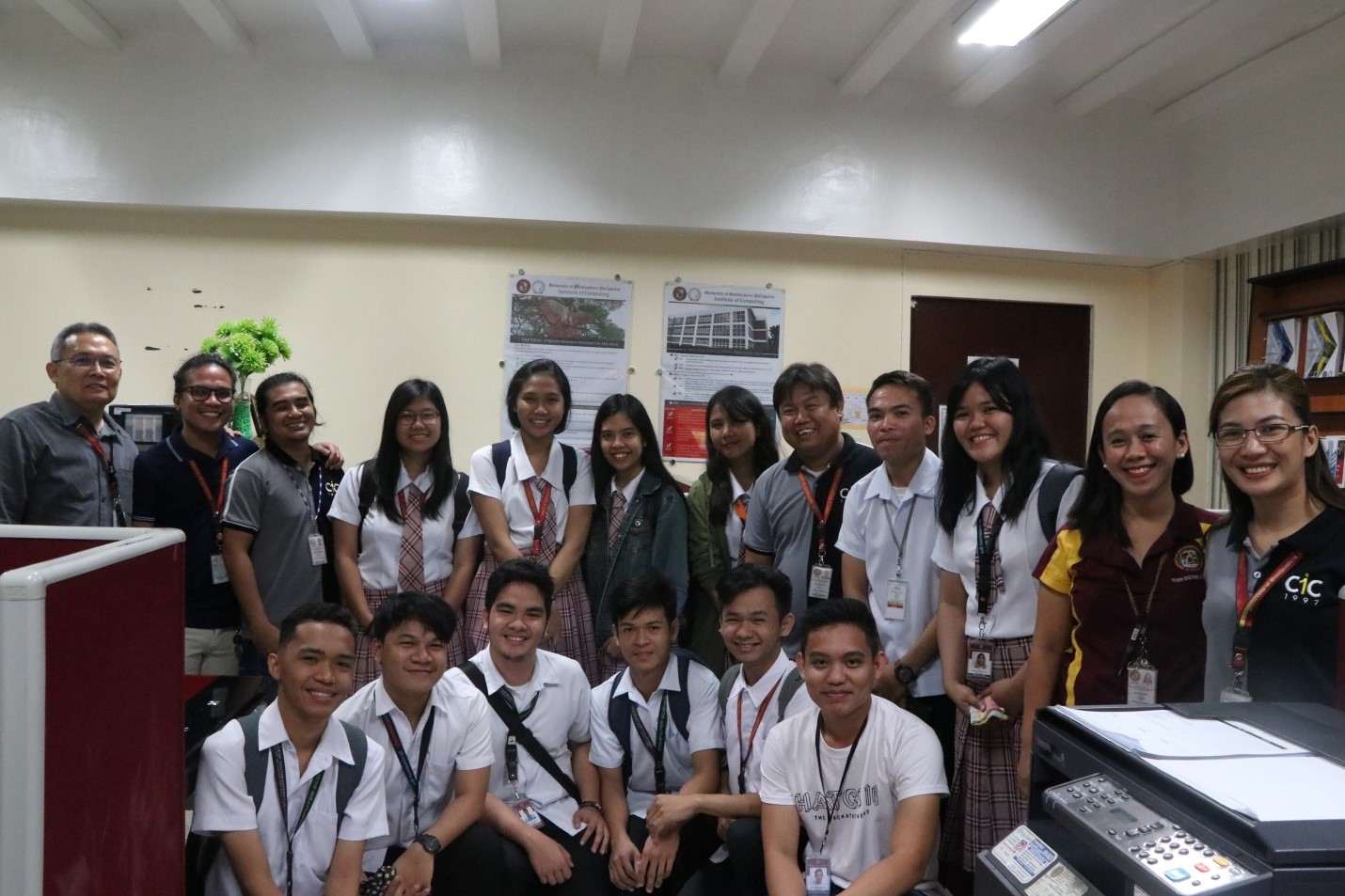 Students from the University of Southeastern Philippines – College of Information and Computing (USeP-CIC), together with their coaches, emerged victorous after winning in the individual and group events in the recently concluded Mindanao Wide IT Olympiad held at Ateneo De Davao University last February 11, 2020.
The competition was opened to all colleges and universities of Region XI and was participated by 17 schools. This was organized by the Philippine Society of I.T. Educators XI and Council of Deans in IT Education to give an avenue for students to showcase their skills and intelligence in different events. Under the individual and group categories, students compete in various competitions such as programming, digital drawing, quiz bowl, infographics, motion graphics, and IT pitching.
Students were able to show their full potential as they were declared winners in several events against competing schools and universities in different events. Lotis May Prado and Nico Mangasar clinched their way to the top and hailed as champions in the quiz bowl competition. Furthermore, Brylle James Sanoy bagged the championship prize for his on-the-spot made poster in infographics. John Rico Masadas, Anabel Casinas, and Donald Juan proved their wit, confidence, and eagerness to compete with other schools as they landed 2nd place in the IT pitching competition. Ciandryl Dayaganon stood out against other schools and was declared champion for motion graphics competition with James Aaron Jadloc in 2nd place.
The Mindanao Wide IT Olympiad is conducted annually to give a platform for IT and CS students to unleash their full potential, creativity, skills in their respective academic fields. The CIC faculty and staff beamed with pride as they said: “ We’re glad because USeP was able to bring home the victory and indeed, their victory is not questionable because they just proved that our school can withstand in every competition like this”.