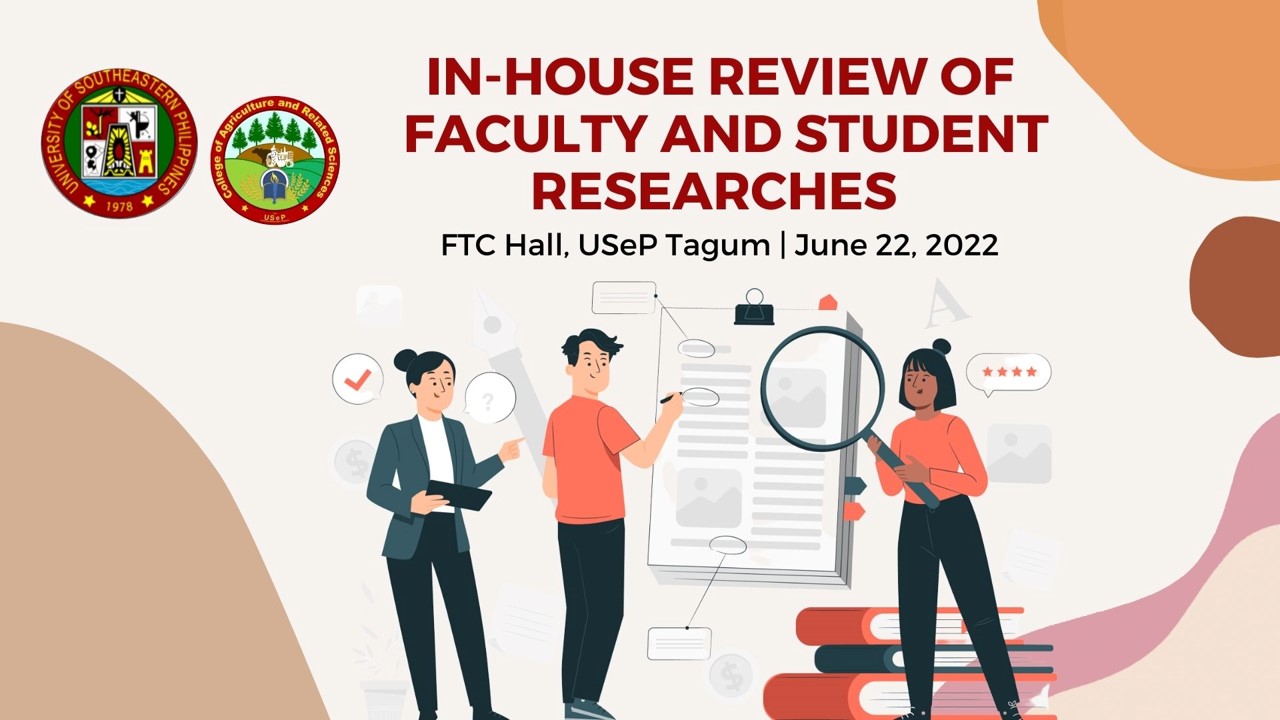 In support of the University’s vision to become a premier research university in the ASEAN region and the advancement of research and development in agriculture, aquaculture, and natural resources (AANR) sector, the College of Agriculture and Related Sciences (CARS) conducted an in-house review of faculty and student researches on June 22, 2022, at Farmer’s Training Center (FTC) Hall, USeP Tagum Unit, Tagum-Mabini Campus.

The in-house review provided an avenue for the presentation of completed faculty and students’ researches to determine the quality and concordance of to the Research, Development, and Extension (RDE) agenda of the University, as well as to disseminate relevant information derived from studies.

Mr. Gonzales was under the advisory of Dr. Cecirly G. Puig, while Mr. Ferrer and Mr. Bartolome were under the tutelage of Dr. Larry V. Aceres, and Dr. Fernando V. Magdato, Jr., respectively.

Best thesis awardees were given a certificate of recognition.